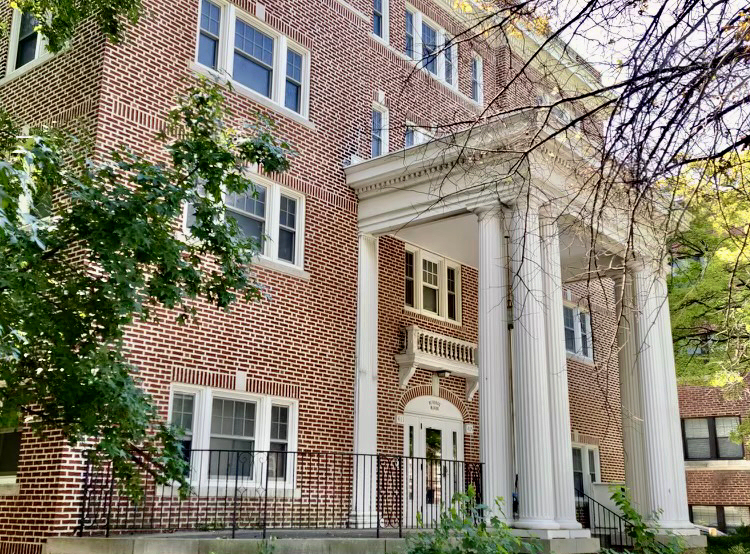 KANSAS CITY, MO, August 31, 2021 /24-7PressRelease/ — An entity associated with private investor Troy Kearns acquired historic Windsor Manor on June 17 for $1.95 million. The four-story, 24,520-square-foot brick building located at 409 E. Armour Blvd. in Kansas City most recently served as apartment housing for the U.S. Department of Veterans Affairs. The classically styled Midtown structure, located about five blocks from the streetcar extension, has space for eight studio and 23 one-bedroom units. Kearns, who moved from Las Vegas to Kansas City to live and work in the area, intends to maintain the original character of one of the Hyde Park neighborhood’s architectural gems. “We’re not changing anything; we’re just making the units look beautiful. We also plan to add some modern amenities for our tenants,” Kearns said. Built in 1925, Windsor Manor was designed by renowned local architect Nelle E. Peters, and is listed on the National Register of Historic Places. Peters specialized in designing apartment buildings and hotels, and designed almost a thousand buildings during the 1920s, mostly in the Kansas City area, where she maintained an independent practice as an architect for more than 60 years. Windsor Manor has been well-maintained by the General Services Administration, and most of the dwelling units are nearly move-in ready. However, the property may require between $600,000 and $1 million in renovation. Parties interested in leasing one or more of the historic apartments may contact Clariza Maldonado by phone at (800) 706-7727 or by email at [email protected].

ABOUT THE TROY KEARNS CHANNEL
Troy Kearns has been in the real estate industry since 2000. He began his career as a Real Estate Agent but had a hunger for more action (selling more than 2000 properties during one year was not enough for Troy). He started investing in real estate in 2002, expanded his reach into key areas, and now maintains substantial real estate holdings all over the United States, including Washington, Nevada, Pennsylvania, Kansas, Missouri, Louisiana, Mississippi and Florida. Currently, his main real estate investment focus is the Kansas City, Missouri vicinity, where his family now resides full time. Companies affiliated with Kearns have invested more than $7 million in the Kansas City area since January 2020, primarily in single-family homes. In fewer than 20 years, Troy Kearns has flipped hundreds of homes and commercial properties, and acquired long-term wealth after starting with nothing but a burning desire to succeed. Now, he is teaching others to learn the secrets of his success with an energizing presence on his YouTube channel, TikTok, Instagram, Facebook, Twitter and website.

ROMTech Announces Opportunity For Investors With Their Latest Telemedicine Technology