San Francisco, CA, August 22, 2017 –(PR.com)– StarMaker, the leading mobile-first music talent platform, announced it will launch a new mobile audition challenge for American Idol® hopefuls vying for their chance to appear on the original music show phenomenon in its first season on ABC, set to premiere in 2018. Aspiring singers will have the opportunity to compete in an audition challenge via the music video creation app StarMaker for a chance to earn a Front of the Line Pass to sing for the show producers at one of the multiple open call auditions this summer.

To enter the audition challenge, users download the free StarMaker app, choose a song from the American Idol® playlist and then use their mobile device’s front-facing camera to create a music video of their performance. The app analyzes the quality of pitch and voice and scores the performance. Singers who submit their audition via the StarMaker app can earn a place on a leaderboard where viewers can vote for their favorite performers. The American Idol® audition team will then select ten performers and reward them with a Front of the Line Pass.

“American Idol® started it all and we are honored to help power the search to find America’s next singing superstar through StarMaker’s mobile app,” said Jeff Daniel, Co-founder/Co-President of StarMaker Interactive.

"There are amazing singers showing off their talent all of the time on the StarMaker app," said JR Griffin, VP of Digital Marketing & Business Development at FremantleMedia North America, "and we want to get those voices in front of the American Idol® producers."

StarMaker operates the world’s largest music talent community with more than 45 million users worldwide. StarMaker’s free singing app offers studio-quality music video creation with professional voice and video effects. Aspiring performers can also use StarMaker to access opportunities to duet with major pop artists and to audition for opportunities on stage and in the studio.

The StarMaker app with the Idol audition challenge is available for download on the iTunes App store and Google Play app store.

The nationwide search for the next superstar kicks off on Thursday, August 17, as the American Idol® Open Call Auditions roll out across America, offering hopefuls the chance to audition for a shot at superstardom. All singers must be at least 15 years old to audition. Please visit www.americanidol.com for more details and specific audition locations, full eligibility requirements, submission forms, terms and conditions.

About FremantleMedia North America
FremantleMedia North America (FMNA) is the U.S. arm of global media giant FremantleMedia, which includes a distribution arm, FremantleMedia International, a digital and branded entertainment division and a kids & family entertainment business. As one of the world’s largest and most successful creators, producers and distributors of TV brands in the world, FremantleMedia’s comprehensive global network has operations in 31 countries, creating over 10,000 hours of programming a year, rolling out more than 45 formats and managing over 350 individual titles. The company also distributes more than 20,000 hours of content in over 200 territories. For more information, follow us @FMNATV and visit our Facebook page.

About CORE Media Group
CORE Media Group (CMG) is a leading independent media and entertainment company that creates quality programming for linear television and digital platforms through its in-house creative team, as well as a myriad of partnerships with well-established industry leaders including Sharp Entertainment and B-17. Through CMG’s19 Entertainment, it co-produces “American Idol,” the gold standard of music competition programs, and the enduring franchise, “So You Think You Can Dance” (returning on FOX for a 14th season).

CMG’s 19 Recordings has been a part of the successful music careers of platinum artists Kelly Clarkson, Carrie Underwood, Daughtry and Colton Dixon, just to name a few. The newest television series under the CORE umbrella include “The Wall” for NBC and “Caraoke Showdown” for Spike.

About StarMaker Interactive
StarMaker is the leading mobile-first music talent platform, providing the tools, music rights, and community to launch the next generation of singing stars. StarMaker’s music video creation apps enable anyone to sound great, publish music videos and build their fanbase. In late 2016, StarMaker was acquired by leading global tech company Everyone Happy Entertainment Ltd., the investment vehicle of Yahui Zhou, the CEO/Founder of mobile leader Beijing Kunlun Tech Ltd. Now equipped with cutting-edge technology, significant development resources, and a global marketing reach, StarMaker is poised to achieve its ultimate mission of becoming the leading music social platform and the launchpad for tomorrow’s stars. 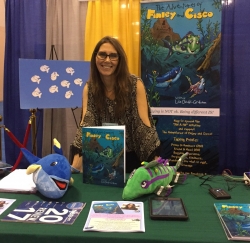 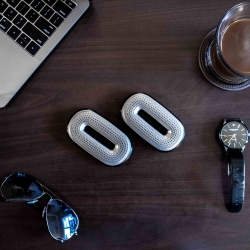