"The work of the Crusaders, although obscure and unknown, was a means by which young people in confinement were able to prove that no physical boundaries could stop them from transcending beyond the barbed wire."
–Yuri Kochiyama (aka Mary Nakahara)

On Fri. July 28, Founders Metropolitan Community Church (MCC) in Los Angeles will present as a fundraiser a staged reading of the one-act play, "Bits of Paradise: Kochiyama's Crusaders" by Marlan Warren with Ariel Kayoko Labasan. All proceeds will go to benefit this interdenominational, primarily LGBTQ activist church.

The play focuses on a women's movement founded by renowned human rights activist Yuri Kochiyama when she was known as 20-year old "Mary Nakahara" and incarcerated in U.S. concentration camps during World War II with her fellow Japanese Americans. Calling themselves "The Crusaders," the girls and women mobilized a morale-boosting letter-writing campaign that ensured that "any soldier missing a letter" would receive mail.

Warren originally directed and produced "Bits of Paradise" as a Reader's Theater piece at The Marsh Theatre in San Francisco in 2008. "Asian Week" stated: "Bits of Paradise places its footprint on the timeline of a much-needed theatrical examination of the Asian American journey."

Recently, the play was reworked and re-titled "Bits of Paradise: Kochiyama's Crusaders," after Warren joined forces with actor/playwright Ariel Kayoko Labasan, whose solo show, "Yuri Speaks Out!" played at the Hollywood Fringe Festival. Labasan will reprise her role as Yuri Kochiyama, portraying the activist from ages 20 to 84.

"My first encounter with Yuri Kochiyama was while I was in New York," said Labasan. "As an actor, I was seeking out roles that made me feel braver. I searched online for 'strong Asian American women in history'…and suddenly she popped up!"

"When we were looking for rehearsal space, we stumbled upon MCC, not realizing the facility had once housed a congregation that protested the imprisonment of Japanese Americans during World War II," said Warren. "We are deeply grateful to the interim pastor, Reverend Kevin Downer, who helped us acquire the rehearsal space and time this seven-actor show requires."

In fact, Warren added, the church has a cross made of the wood from a concentration camp barracks: "And it will be part of the set!"

Before she was nominated for a Nobel Peace Prize and before she held Malcolm X while he lay dying and before she occupied the Statue of Liberty in protest of injustice, Yuri Kochiyama was a young woman in love named Mary Nakahara whose fiancé, Bill Kochiyama, had volunteered to fight in order to prove loyalty to the U.S. while the people he loved were held in an American concentration camp.

"It sounds like a very dark time, and in fact it was," said Warren. "But the contents of The Crusaders Scrapbook in the Japanese American National Museum are full of humor and cheer and flirtations." In 2001, Warren was granted permission by JANM to adapt the scrapbook into a play for educational purposes.

Two of the cast members–Douglas N. Hachiya and Scott Shima–have great-uncles who fought in the legendary 442nd Combat Team.

The play is an ensemble effort, as Warren notes: "Actor Mack Wei has outfitted the men with uniforms and rifles from a short film he made, and Progressive Rags print shop owner, Radical Jack, in Miami, Fla. has donated three 'Free Mumia Abul-Jamal' t-shirts for Yuri to wear."

The young women playing The Crusaders will also appear as octogenarians being interviewed for a documentary. In fact, Warren has been making a film with the elderly "Original Crusaders" since 2008 ("What did you do in the War, Mama?: Kochiyama's Crusaders").

"Working with this material has been a healing process," said Warren. "For those whose family history incurred these scars, it is very personal. And for those of us who feel empathetic with its story of loss and love, it is also very meaningful."

Yuks TV 24/7 #Livestream Channel is on the Air 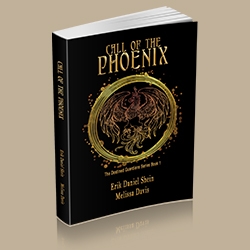 World Castle Publishing Releases the YA Novel Call of the Phoenix